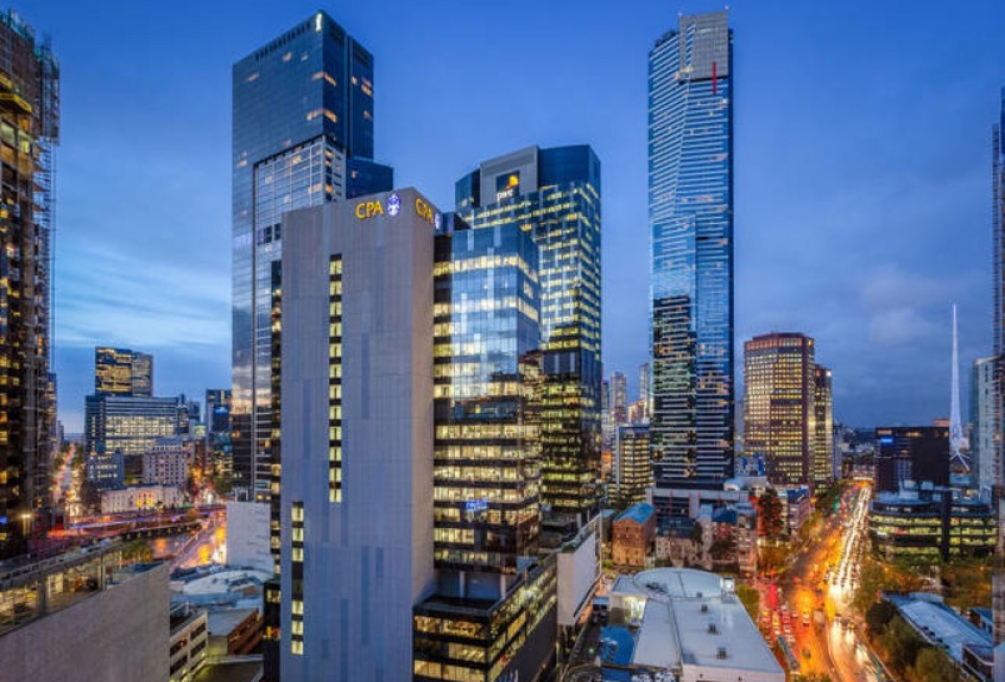 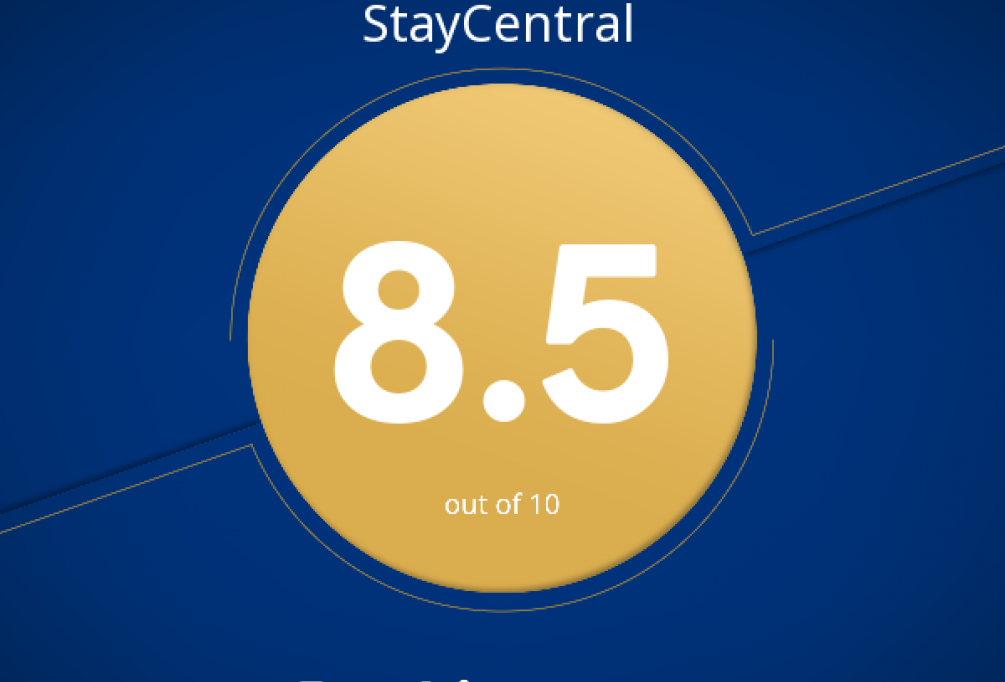 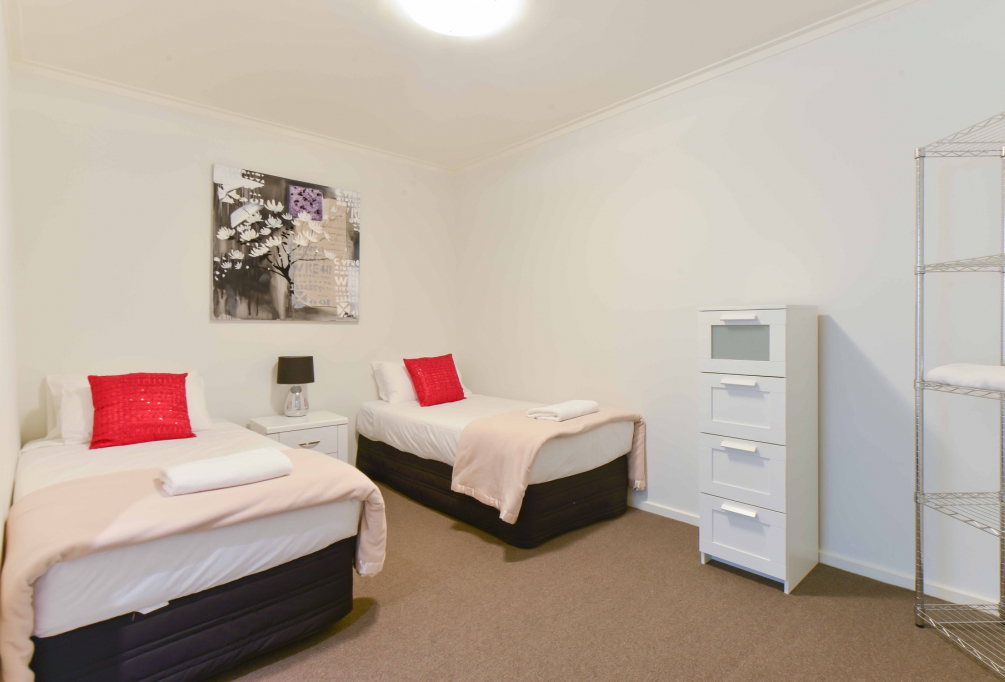 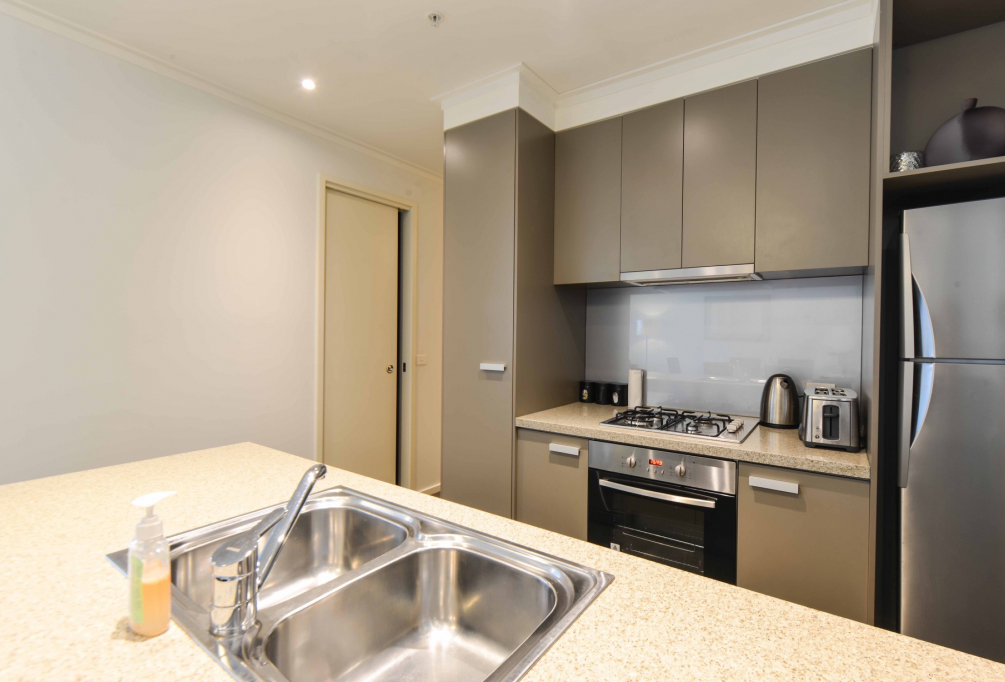 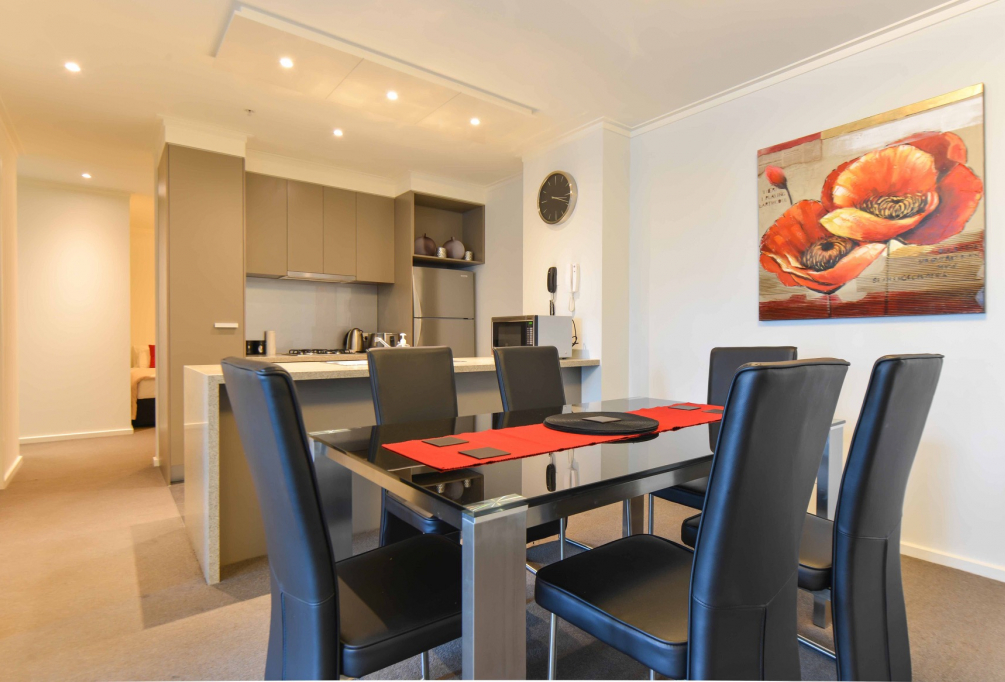 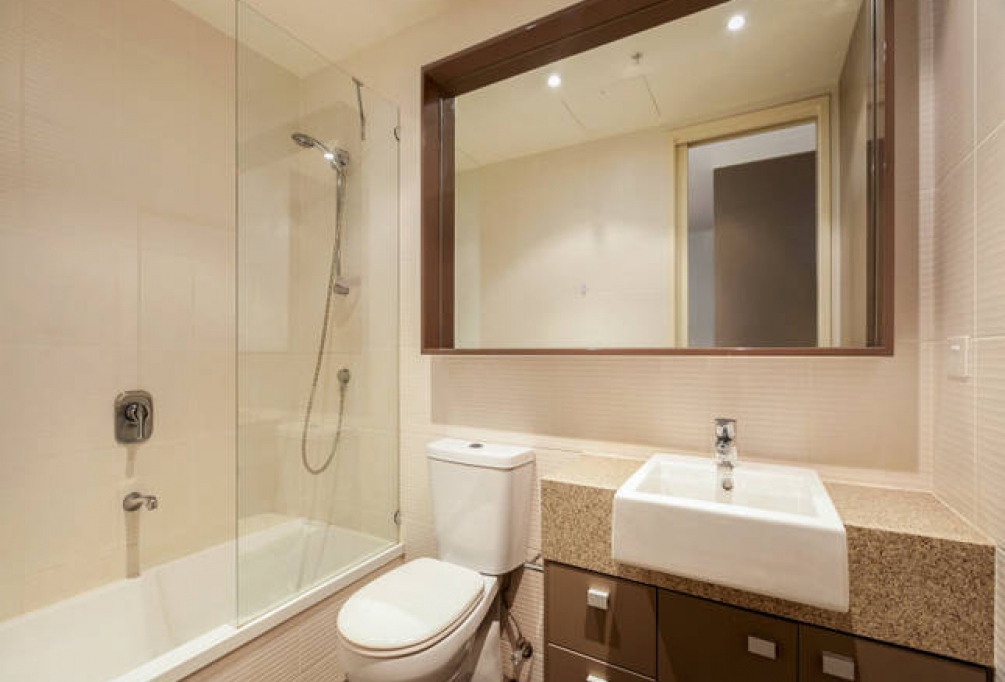 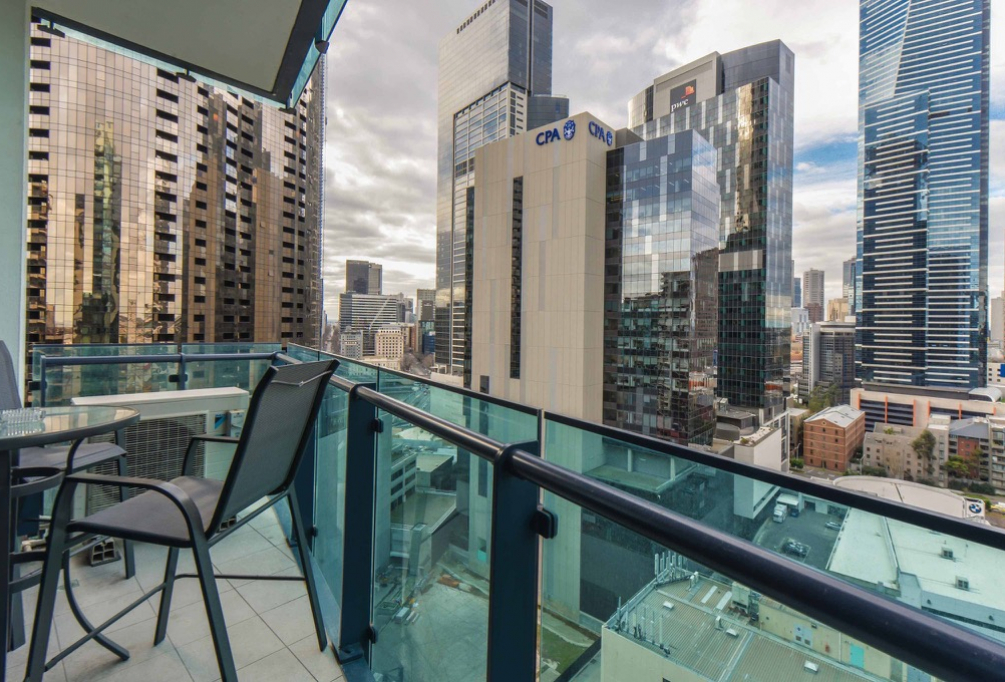 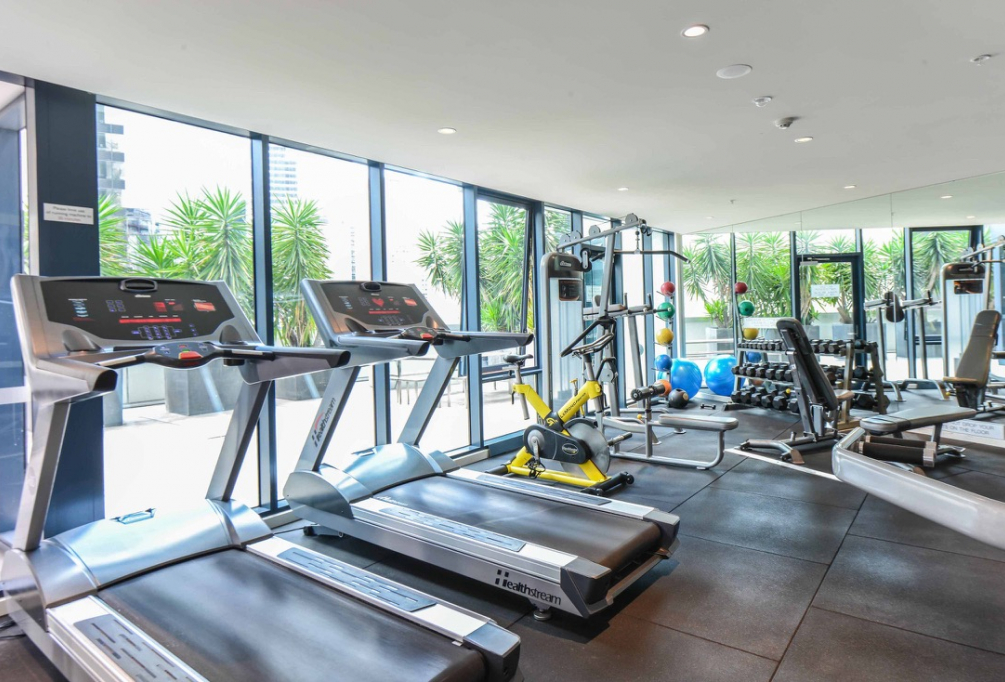 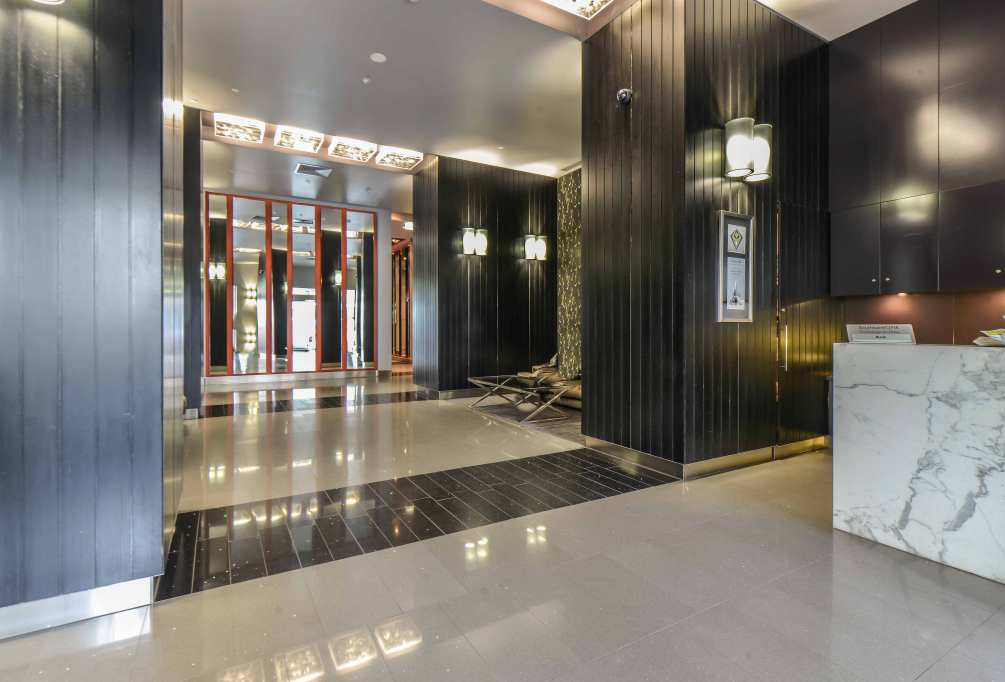 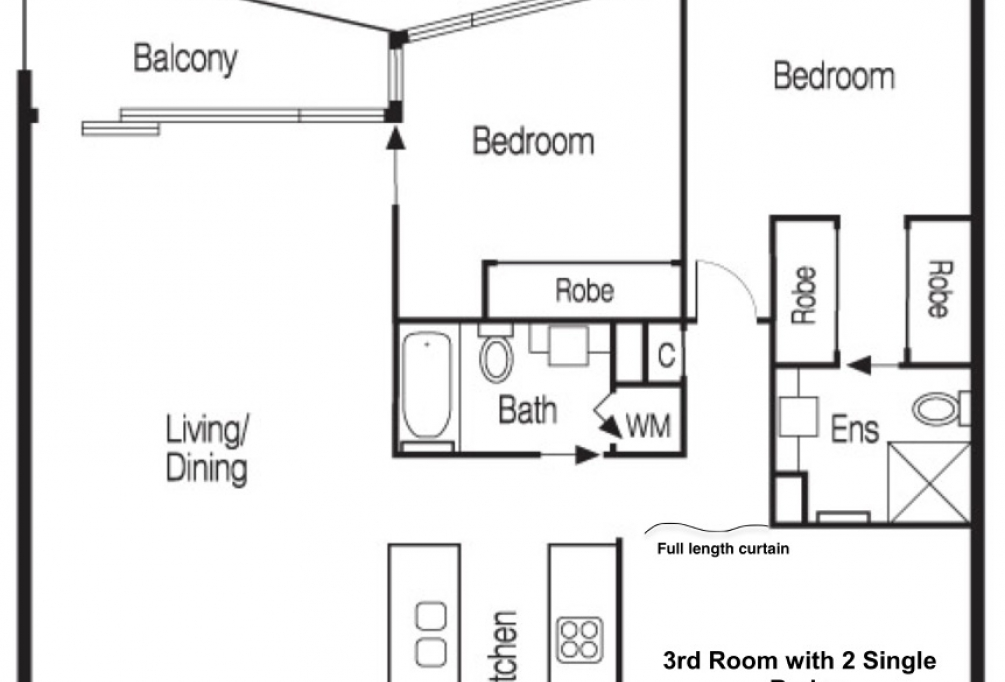 Left on Oct 20, 2019 for a stay in Oct 2019
Good access to public transport, spacious bedrooms and living area and very accommodating to meet our needs.

3-day min stay. Lower rates are available for longer stays
Our rates vary, depending on length of stay, and other factors. During the COVID-19 pandemic, we will consider all reasonable offers.
INSTANT BOOKINGS (for stays of less than 7 nights) CAN ONLY BE MADE FOR STAYS WITHIN THE NEXT 30 DAYS. Please check with StayCentral for bookings more than 30 days away. Details below. Thank you.

With more than 1000 reviews for StayCentral on Tripadvisor, Airbnb & Google, at 4.9 Stars, why look elsewhere?

125% Satisfaction Guarantee.
We will refund your fee, plus another 25%, if our apartments are not as they appear on our website; or better. Please see our website for full details
FEATURES:
Fully furnished, spacious apartment of approximately 100 m2
2 queen-size beds plus 2 single beds
2 bathrooms including an ensuite
Full kitchen with cutlery, crockery, microwave, oven and dishwasher
Balcony with wonderful city views from 19th floor
Coffee Machine
Large 55” HD Smart TV, with DVD and free Netflix and Stan in living area.
Large 50” HD TV in main bedroom
Gym, heated indoor pool, outdoor common patio area
Security undercover parking
We have always sanitised our beds, carpets & soft furnishings regularly
RATE INCLUSIONS:
Utilities (water, electricity, gas, internet & Netflix)
Unlimited wi-fi Internet with DVD and free Netflix and Stan.
24/7 check-in service* with full induction of apartment and building facilities
Washing Machine and Clothes Dryer
All linen and towels
Extra bed (foldaway) available for $25/night
Port-a-cot and high chair available on request for $10/night
Interim cleaning for stays longer than 14 nights
Security, reserved, undercover car parking for 1 car (clearance height 2.1m)
Welcome tea, coffee, sugar, milk, soap, shampoo/conditioner & many other items.
Rates allow for up to 6 people in the two queen bedrooms and third sleeping area
DESCRIPTION:
This is an individual apartment in the new Southbank One building, in a modern city precinct right in the middle of Southbank, with a a shared outdoor garden terrace, well-equipped gym and indoor pool.
It includes a balcony with commanding city views towards the Dandenong ranges, and amazing views of some of the brilliant new towers amongst the new city views. Resort style common area facilities with heated indoor pool, well-equipped gymnasium and BBQ area, and a security, reserved, undercover car space is included.
Perfect for four, with a separate area with two extra single beds, (there is a privacy curtain rather than a door on this separate area), the Cityviews corporate apartment is brilliantly located; with supermarkets, restaurants, cafes and trams, and Southbank Promenade all on your doorstep, you will love this apartment and this location. Your boutique apartment includes high quality furnishings and appliances, linen, towels, and a full kitchen and laundry facilities. There's also a cot and high chair available for a small fee if needed. Don't forget to bring linen for the cot.
All tea, coffee, toiletries, washing and cleaning products and other welcome supplies can be found in the kitchen, bathroom and bedrooms. You will need to purchase more of these consumables if you need them for the rest of your stay.

We have multiple alternative apartments available, in inner Melbourne locations.

Pet stays
Not all properties are pet-friendly, however, we offer a number of beautiful homes that are happy to welcome furry family members. Please let us know if you require accommodation to suit pets as this requires approval prior to booking. Should this home not be suitable for your pets, we will be happy to recommend some alternatives.
LOCATION:
The address is 180 City Road, Southbank, and it has a Walk Score of 84 out of 100. It is a Walker’s Paradise, so daily errands do not require a car. Cityside is a three minute walk from the 58 West Coburg - Toorak tram at the 115-Casino/Southbank/Queens Bridge St (Southbank) stop. Nearby parks include Enterprize Park, Batman Park and Sturt Street Reserve.
Walk score link for this location:
This extra large stunner is in an unbeatable location for a city stay. Located less than 10 minutes walk across the river to Melbourne CBD, and a short walk to the nearby St Kilda Road Arts Precinct, it is also very close to the Casino, and the Southbank Promenade along the river, with its award-winning restaurants, cafes and fashionable shops.
Cityviews is so close to so many things of interest. Here are just a few examples of local attractions which are an easy walk or a very quick tram ride away:

Southbank and Southgate Promenade shops, restaurants and cafes; right on the river

Southbank to Port Melbourne, South Melbourne or South Yarra - great for walking, jogging, bike riding or rollerblading. Southbank promenade forms part of the Capital City Bicycle Trail, which circles the Melbourne city centre and some inner eastern and northern suburbs. A popular starting point for the trail is at Princes Bridge near Flinders Street Station. Bikes can be hired near the boathouses east of the bridge.

The Yarra River is a great way to see the city and hear about its history. The river cruises show you and tell you so much about the city.

Crown Entertainment Complex, with its cinemas, shopping, restaurants and Casino

Melbourne Aquarium; on the river's edge

Federation Square with its galleries, exhibitions, restaurants and many cultural events

Flinders Street Station is identical to one in Calcutta, India.

Eureka Skydeck and "The Edge"

With more than 1000 reviews for StayCentral on Tripadvisor, Airbnb & Google, at 4.9 Stars, why look elsewhere?

125% Satisfaction Guarantee. We will refund 125% of your fee if our apartments are not as they appear on our website; or better. Please see our website for full details.

REVIEWS on Google and TripAdvisor

Enquiry about this property and we will get back to you as soon as possible. 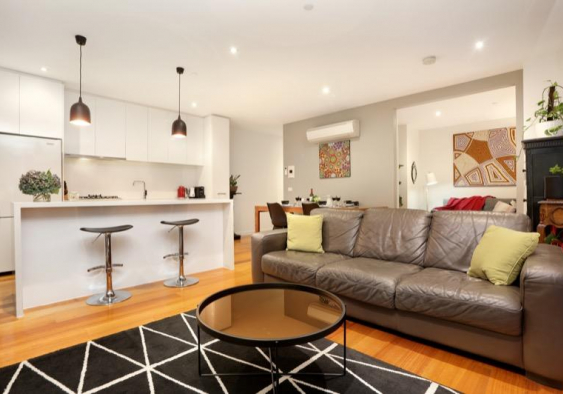 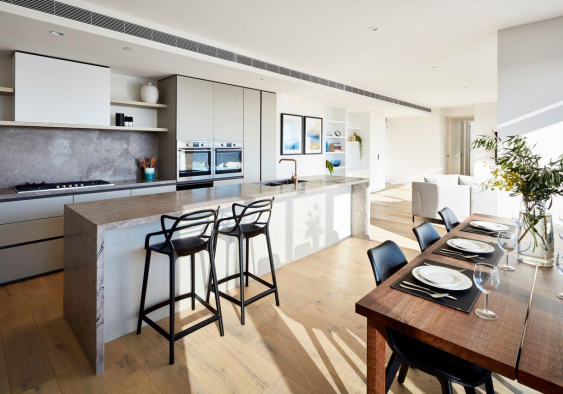